These are notes I took at the BYOD 2015 conference. They may (or may not) make sense!

In the last session I took the opportunity to do a tour of HPPS. It's open plan design is very different to the classroom that I will be taking over in just over a week. 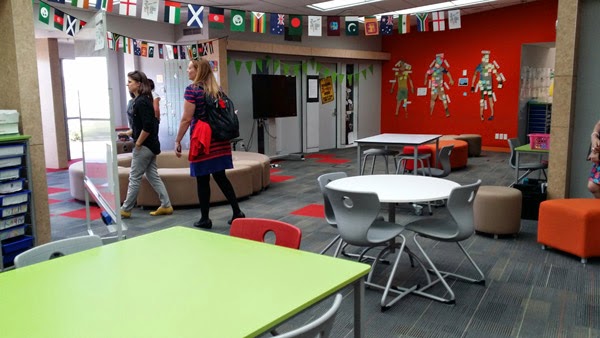 But as Mark Osbourne said in a session I attended last year, it is not about the furniture, it is about the pedagogy. And there were plenty of examples that can be incorporated into any classroom. 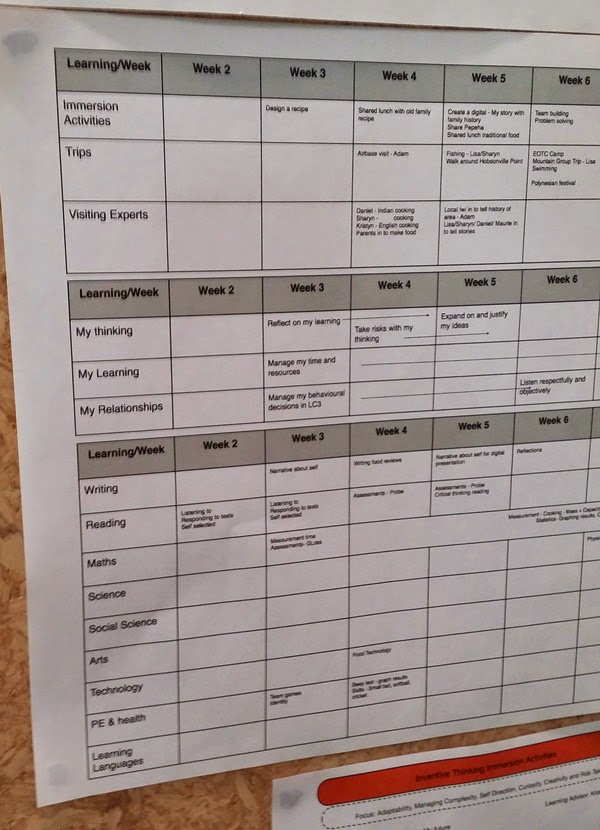 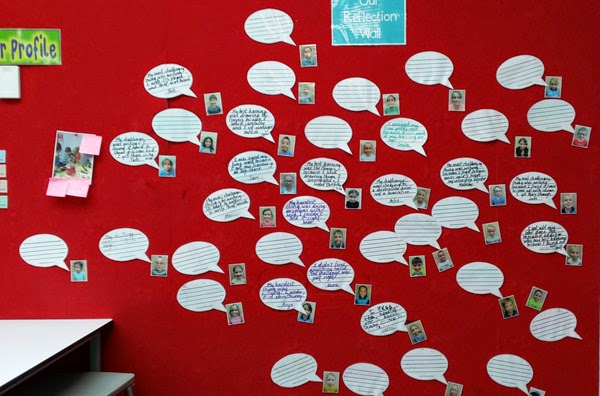 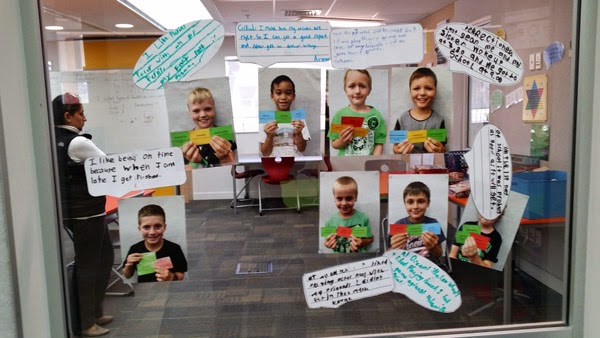 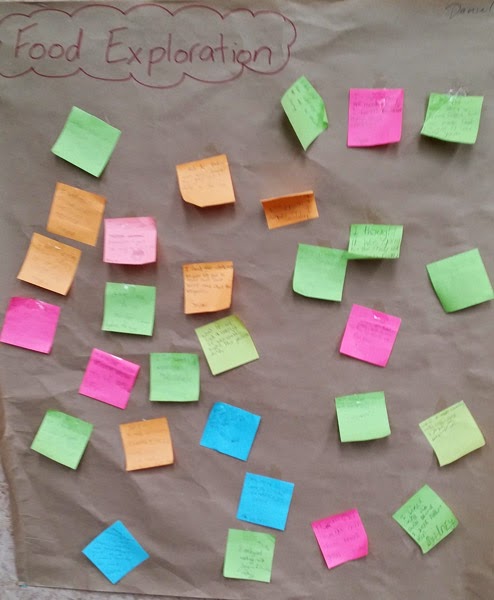 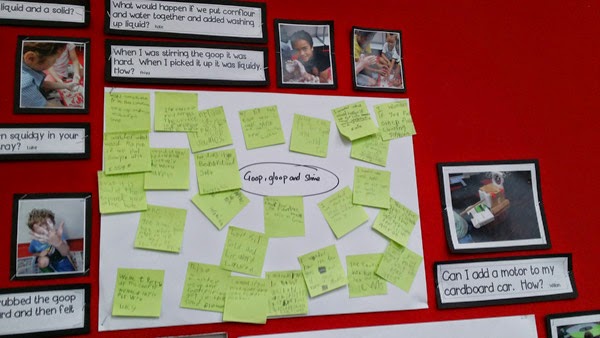 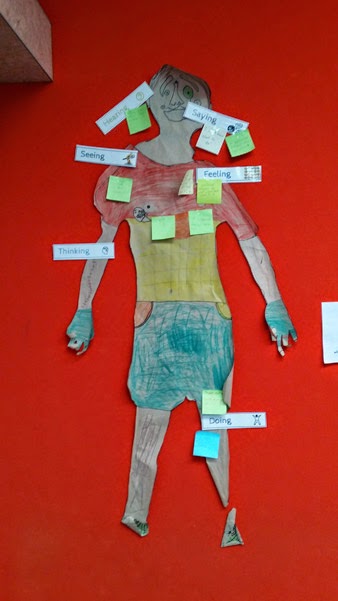 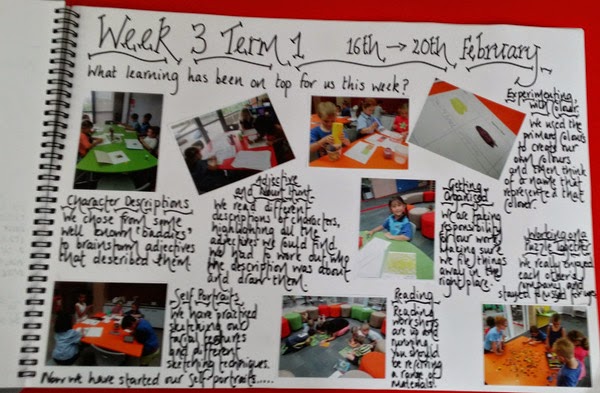 Posted with Blogsy
Posted by ST Teaching Portfolio at 00:09 No comments:

The Power of Self Assessment

It is one thing having someone tell you how well you have performed in a task. It is quite another to review your own performance. The power of self-assessment was really brought home to me tonight.

One of my sons is learning to play the trumpet and, after an initial burst of enthusiasm, is finding it hard going. Tonight I decided to video him while he practised. Because he can't hear himself when he plays, he finds it hard to work out what he needs to practice. When he saw the results played back, he instantly became aware of the areas he needed to work on.

Children can be pretty astute assessors of their own work when given the opportunity. We adults just need to make sure they have the tools available to make it happen.
Posted by ST Teaching Portfolio at 19:08 No comments:

Email ThisBlogThis!Share to TwitterShare to FacebookShare to Pinterest
Labels: #blogaweek, self assessment

Seeing that sign made me think about the still prevalent attitude that playing computer games is anti-social. So many people ignore the sense of community that forms when children (or adults) share a passionate interest in gaming.

Real friendships have blossomed over a shared passion for games like Minecraft. I have seen the power of connections made through games in my students, especially those who aren't part of the "cool" group. It often allows these children to be "experts" who are sought out by others. This can be pretty powerful for kids who are a bit on the outer.

As a teacher, I have used my (rather meagre) game knowledge to make connections with my students. Being able to converse with a student about Minecraft directly led to that child feeling confident and eager to include the game in their writing. For a very reluctant writer, that was pretty huge.

Of course not all libraries discourage games. Auckland Libraries run several gamer focussed activities. And who knows, maybe the kids will pick up a book or two while they are there

Posted by ST Teaching Portfolio at 12:00 No comments:

I saw this on Twitter and thought it was pretty cool. I know I sometimes struggle to picture the difference between "azure" and "cerulean". I think this would be a great resource to help expand vocabulary.

Posted by ST Teaching Portfolio at 08:00 No comments:

Posted by ST Teaching Portfolio at 02:32 No comments:

Email ThisBlogThis!Share to TwitterShare to FacebookShare to Pinterest
Labels: #blogaweek, coursera, Supporting children with difficulties in reading and writing

Supporting children with difficulties in reading and writing - Week 5

Posted by ST Teaching Portfolio at 13:27 No comments:

Email ThisBlogThis!Share to TwitterShare to FacebookShare to Pinterest
Labels: #blogaweek, coursera, Supporting children with difficulties in reading and writing 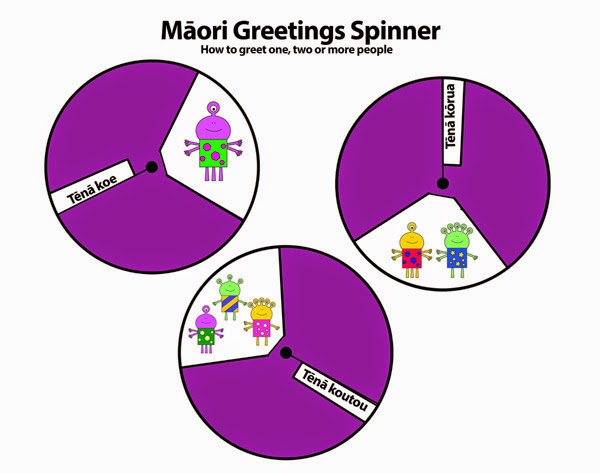 I want to put together a set of resources to use for a te reo lapbook so thought I would start with simple greetings. It occurred to me that I could use a spinner element to show the different greetings you use for one, two and more people in te reo Māori and so that is what I made.

My illustration skills are rudimentary and my Adobe Illustrator skills are virtually non-existent, so I used a tutorial from the Guardian How to Draw series to help me make some cute little aliens for my spinner.

I have made two sizes. The original printed on A4 paper and works fine but the drawings are quite small to colour (perhaps blow up to A3?). This version has some brief instructions. 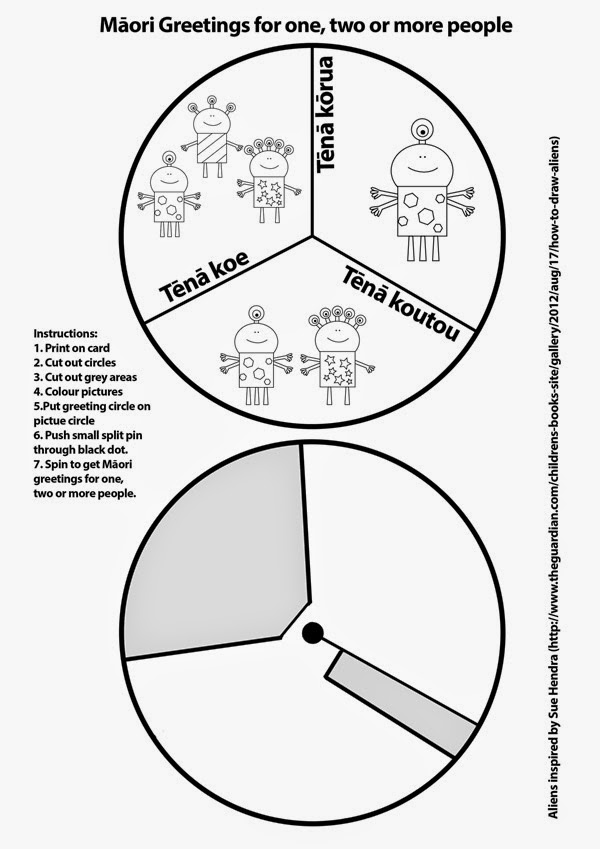 The slightly larger version that prints on two A4 sheets. The pictures are still quite small, so I have included a colour one as well as black and white. 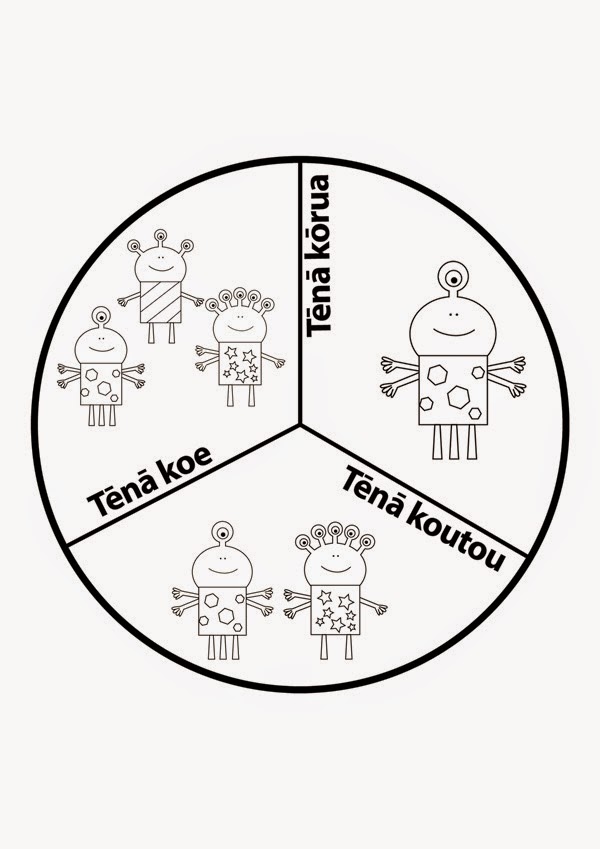 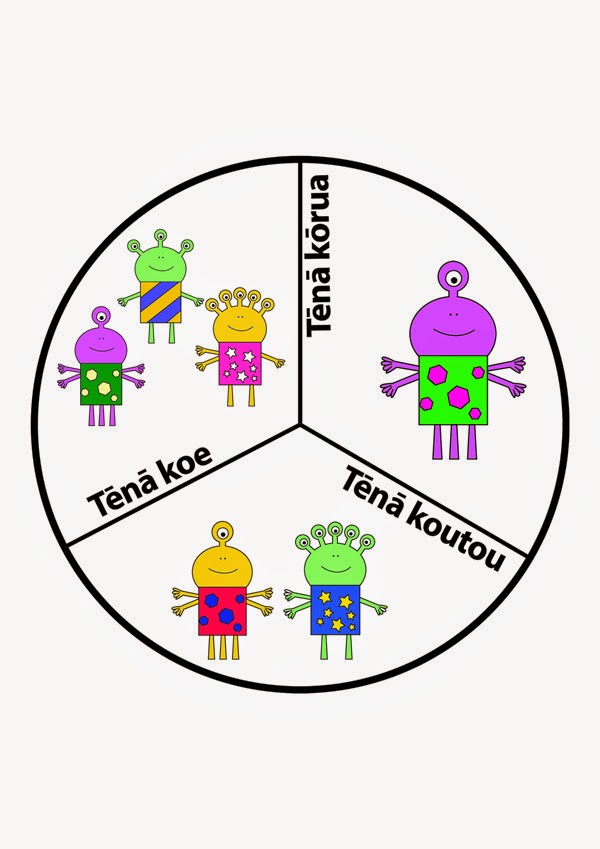 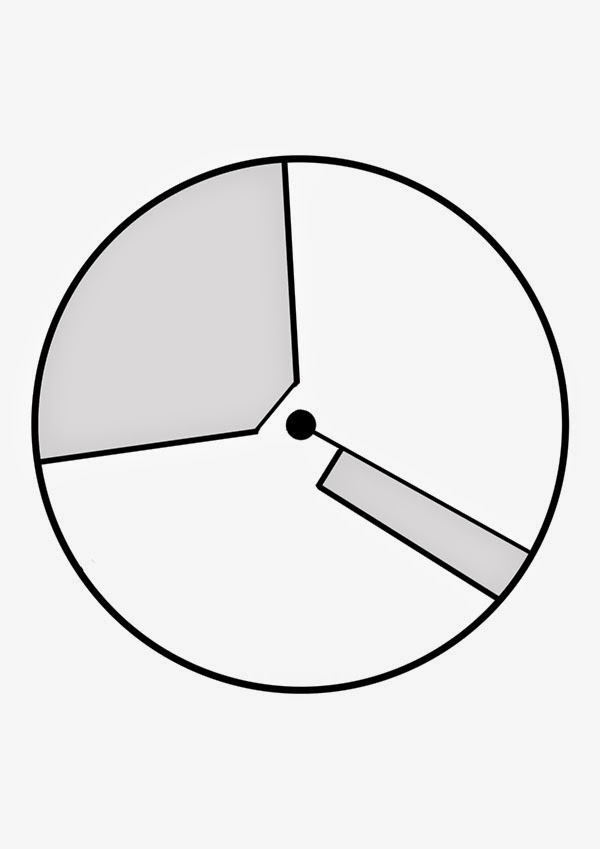 Posted by ST Teaching Portfolio at 20:05 No comments:

I am a woman with many hats - mother, teacher, photographer, family historian, digital storyteller, chief cook and bottle washer...